Scholarship essay prompts how will this help with your education reddit essay help collage essay writing help breakaway
The goal should be accomplished and the message should be conveyed through a properly drafted letter. Letter writing is an art and it’s a science at the same time therefore one must choose the best letter paper writer writing service which should be cheap as well as reliable! 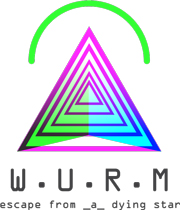 W.U.R.M.: Escape from a Dying Star is a two-player immersive space survival game. The game is centered around a physical structure, the spaceship (WURM) itself. The ship is built of foam core and 3d printed materials, with a fully operational control panel and wearable electronic vest. The panel and vest house several controls, which the Pilot must adjust during flight in order to survive. The Pilot is unable to determine where the controls should be set, however, without the guidance of the second player, the Base Command.

A generative audio-visual system built in Processing and Pure Data reacts to the manipulations of the controls by the pilot, which in turn alter the course of the spaceship, creating an increasingly complex feedback loop. Random generation of the initial environmental constructs ensure a unique experience for each player.

The Pilot is able to manipulate several controls, including Hyperdrive, Oxygen, Modulation, and Particle Splitters. Each control has a unique effect on the audio-visual environment and gameplay. If the Hyperdrive is set too low for too long, for example, the Pilot's WURM will be damaged. If too much damage is accumulated during play, the WURM explodes and the two players are met with defeat. With enough trust and communication, however, Base Command will safely guide the Pilot to the other side of the wormhole.